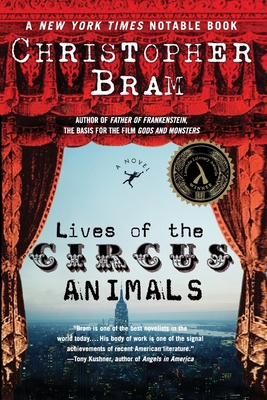 By Christopher Bram
$15.99
On Our Shelves Now

Lives of the Circus Animals is a brilliant new comedy about New York theater people: actors, writers, personal assistants, and a drama critic for the New York Times. They are male, female, straight, gay, in love with their work or in love with each other, and one of them, British star Henry Lewse, "the Hamlet of his generation," is famous.

Award-winning novelist Christopher Bram gives us ten days and nights in this small-town world in the heart of a big city, an engaging novel that is also a satiric celebration of the quest for sanity in the face of those two impostors, success and failure.

Christopher Bram is the author of eight other novels, including Gods and Monsters (originally titled Father of Frankenstein), which was made into an Academy Award-winning film. Bram was a 2001 Guggenheim Fellow and received the 2003 Bill Whitehead Award for Lifetime Achievement. He lives in New York City.