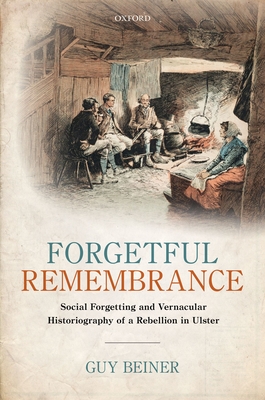 Forgetful Remembrance examines the paradoxes of what actually happens when communities persistently endeavour to forget inconvenient events. The question of how a society attempts to obscure problematic historical episodes is addressed through a detailed case study grounded in the north-eastern counties of the Irish province of Ulster, where loyalist and unionist Protestants -- and in particular Presbyterians -- repeatedly tried to repress over two centuries discomfiting recollections of participation, alongside Catholics, in a republican rebellion in 1798. By exploring a rich variety of sources, Beiner makes it possible to closely follow the dynamics of social forgetting. His particular focus on vernacular historiography, rarely noted in official histories, reveals the tensions between professed oblivion in public and more subtle rituals of remembrance that facilitated muted traditions of forgetful remembrance, which were masked by a local culture of reticence and silencing. Throughout Forgetful Remembrance, comparative references demonstrate the wider relevance of the study of social forgetting in Northern Ireland to numerous other cases where troublesome memories have been concealed behind a veil of supposed oblivion.