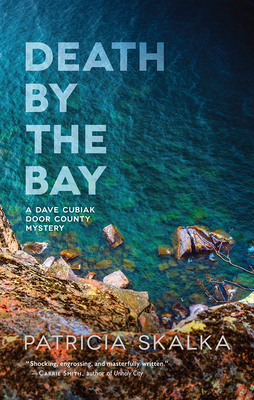 By Patricia Skalka
$24.95
On Our Shelves Now

On a chilly Monday in late spring, Sheriff Dave Cubiak is at the Green Arbor Lodge for lunch when a scream from a nearby medical conference disrupts the scene. Leaping into action, he finds the ninety-three-year-old director of the prestigious Institute for Progressive Medicine collapsed on the floor, dead of a suspected heart attack. As Cubiak interrogates the witnesses, he’s struck by the inconsistencies in their stories. Some evade questions while others offer contradictory statements. Then suddenly another scream pierces the air. . . . Past and present merge as long-buried secrets rise to the surface. The resourceful sheriff must rely on his skills and wits, along with the advice and memories of friends and family, to uncover the dark truth behind the Institute for Progressive Medicine. Dedicated and new fans alike will find themselves captivated by this intelligently plotted story as Cubiak untangles the twisted threads of this intricate mystery.

Patricia Skalka is the author of Death Stalks Door County, Death at Gills Rock, Death in Cold Water, and Death Rides the Ferry, the first four books in the popular Dave Cubiak Door County Mystery series. She is president of the Chicagoland chapter of Sisters in Crime and divides her time between Chicago and Door County, Wisconsin. A former staff writer at Reader’s Digest, she presents writing workshops throughout the United States.

“A touching and original story. Sheriff Cubiak is the kind of man you would always want to handle such personal and painful matters. All the characters spring off the pages.”—Maureen Jennings, author of the Murdoch Mysteries

“Sheriff Dave Cubiak is a character who embodies everything mystery readers love about intelligent, clever sleuths who unravel the secrets and solve the puzzles. Fast-paced, intriguing, exquisitely written, and fabulously entertaining, the fifth book in the series is a winner.”—Raymond Benson, author of In the Hush of the Night