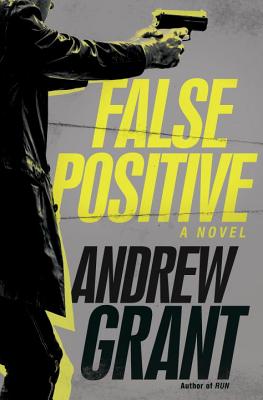 For fans of Craig Johnson and James Lee Burke--False Positive follows up the powerful punch of Andrew Grant's novel RUN with a staggering second dose of thrills and suspense that is just as smart, atmospheric, and soul-searing.

Alabama detective Cooper Devereaux makes no apologies for his luxe lifestyle or the way he does his job. Most cops haven't lived the kind of life he has--starting out as an orphan, raised by a grizzled cop savior--and most don't use his kind of high-risk tactics. But he may have met his match in fellow detective Jan Loflin, who's fresh off a long undercover stint in Vice when they're partnered on a case that will test them both beyond their direst nightmares. A seven-year-old boy has disappeared from his home in the Birmingham suburbs. But the more Devereaux digs into the missing child's background, the more he discovers about his own, eventually shaking loose a series of harrowing truths--about bloodlines, mass murder, obsession, and what two damaged detectives have in common with the innocent victim they're so desperate to save. This twisty page-turner--the debut of the Detective Cooper Devereaux series--hurtles at a mile a minute through an action-packed search for a missing child, culminating in an ending that no reader will see coming. Praise for False Positive

"A fast-moving thriller . . . Readers who like defects in their heroes will love this guy, who knows he's not as good as he'd like to be. The final twist comes just as all finally seems well with the world. A dark, enjoyable novel. One of Grant's better works."--Kirkus Reviews

"Engrossing . . . Action-driven, the book's pace never stops until the startling conclusion, which will chill to the core."--RT Book Reviews (Top Pick ) Praise for Andrew Grant's RUN

"An adrenaline-fueled thrill ride that will have your head spinning and your heart pounding."--Joseph Finder "High stakes, high tension, and nonstop action . . . Hang on and enjoy this smart, original, and fast-paced adventure."--Hank Phillippi Ryan "Relentless, twisty, and blistering fast, it's a book you don't dare start at bedtime."--Sean Chercover "A whizbang of a novel with just the right dose of smart-ass."--Chelsea Cain "Breathtakingly fast-paced."--Harlan Coben "A perfect thriller--smart, fast, and blazing with nonstop surprises."--Robert Crais

Andrew Grant is the author of RUN, False Positive, and False Friend. He was born in Birmingham, England. He attended the University of Sheffield, where he studied English literature and drama. He ran a small independent theater company, and subsequently worked in the telecommunications industry for fifteen years. Grant and his wife, the novelist Tasha Alexander, live on a wildlife preserve in Wyoming.