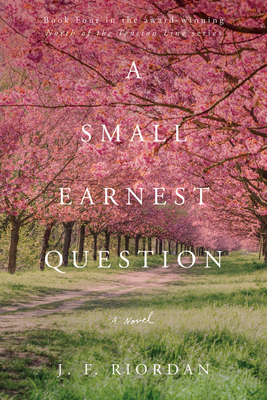 It’s spring on Washington Island. Despite her concerns about Roger’s desire to bartend, Elisabeth is eager to plan a grand opening for their newly remodeled hotel, but she quickly realizes that she may also need to make accommodations for Roger’s proposed goat yoga classes. Bored and lonely, Oliver Robert joins bartender Eddie in forming a great books club at Nelsen’s, and Emily Martin, determined to make her mark on the community, forms a new Committee of the Concerned. When Emily decides that the Island needs a literary festival, complete with a famous author, she imprudently seeks out a notorious celebrity, hoping, as always, to enhance her own prestige. Real estate agent Marcie Landmeier confides that an unknown someone is buying up the Island’s shoreline, newly-appointed Fire Chief Jim Freeberg contends with a string of suspicious fires, and Pali and Ben have a spiritual encounter that will change them both. Meanwhile, drawn once more into local controversy, and awash in suspicion herself, Fiona Campbell must determine the answers to questions that will affect her future, and the future of the entire Island. A Small Earnest Question is Book Four in the award-winning North of the Tension Line series, set on a remote island in the Great Lakes. Called a modern-day Jane Austen, author J.F. Riordan creates wry, engaging tales and vivid characters that celebrate the beauty and mysteries of everyday life.

J. F. Riordan has worked in opera, in the classroom, and in philanthropy, but her first love is writing. She is the author of four novels in the award winning 'North of the Tension Line' series, and a book of essays, Reflections on a Life in Exile. She lives in Wisconsin with her husband and three dogs.

“J.F. Riordan’s Washington Island is home to an eccentric yet endearing collection of Islanders who appreciate, as one resident observes, ‘Life is real here. Cut down to its essence somehow.’ A seamlessly crafted story of lives protected by the surrounding sea, readers will delight in everything from goat yoga to a men’s book club that is eventually forced underground. A Small Earnest Question will have you turning the page in thoughtful pursuit of answers; some of which are revealed in a well-placed climactic scene … while others may come to you in the quiet of your own mind.” —Tracey Barnes-Priestley, Author/PBS Producer & Host