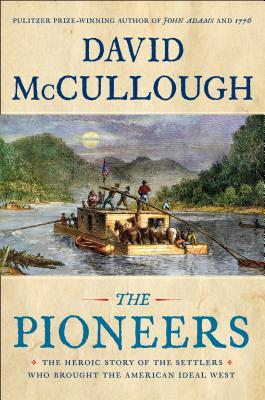 Two time Pulitzer Prize and National Book Award-winner David McCullough delivers a story with fascinating details about the founding and settlement of the Northwest Territory, which eventually became the states of Ohio, Indiana, Illinois, Michigan, and Wisconsin. The earliest settlers were largely New Englanders rooted in the Massachusetts clergy and often Revolutionary War heroes who sought frontier property as compensation for their service. Many were officers who had fought with George Washington or worked with John Adams. They had a vision for the expansion of the U.S. and began negotiating The Northwest Ordinance with Congress before we had a Constitution or a President. Their strong beliefs in education for all, freedom of religion, prohibition of slavery, and fairness in dealing with "Indian" Nations were ideals which they held dear and sometimes attained. As the subtitle makes clear, McCullough focuses on the settlers "heroic" American experience, specifically with the beginnings of Ohio, but he's even-handed about the impact of expansion on the First Nations. He's also skilled at telling the compelling, sometimes surprising stories of real people, including a few well known historical figures. This book is a treat for anyone interested in the origins of the Midwest.