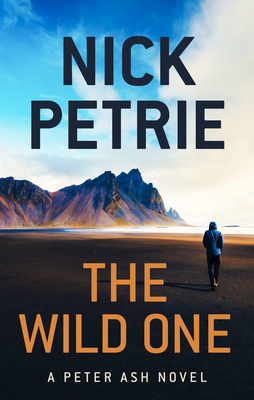 Ex-Marine Peter Ash is off to Iceland for an action-packed adventure. As has happened before, Peter backs into adventure by offering to help a friend in need - this time it’s a platoon buddy who wants help locating his boss’s grandson, gone missing after his mother was murdered when she discovered incriminating secrets. But when we come upon Ash writhing in an after-hours club in Iceland, it’s clear that something’s different. What worked for him in the past might fail him now. And in The Wild Ones, Ash is not going to be able to tame his demons; he’s going to have to confront them.

The new Peter Ash thriller blends cloak (winter coat) and dagger (fishing knife) espionage-y noir with a wilderness survival story, and it’s the best book Nick Petrie has written yet. In Iceland, through a frigid arctic storm, Ash searches for a murdered woman’s missing son. The fights are crazier and the one-liners are zingy-er. Stakes are raised, powerful people commit heinous crimes, and maybe best of all, the friends and tools Peter’s leaned on in the past (including an arsenal with the ‘unlimited ammo’ cheat code) are out of reach. On his own, with nothing but his wits and the memories of wartime sins, Ash is finally forced to reckon himself - who he was before war shaped him and the things he’s done since - and decide if he can live with the man he’s become.