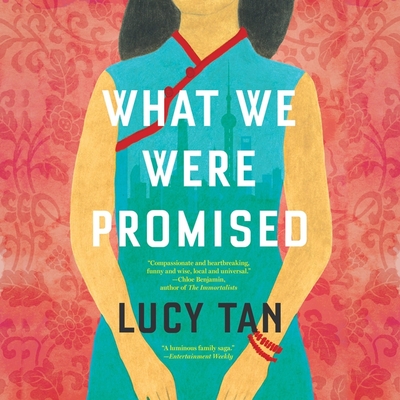 Wei and Lina grew up in China, the children of a peasant and a reeducated professor, respectively, but through a combination of luck and talent, they wound up on a graduate scholarship to the United States. Now they’re back in Shanghai, where Wei is a corporate manager and Lina is a Taitai, a housewife who really doesn’t do any housework. They may not have forgotten their roots, but their daughter Karen is not Chinese, she’s Chinese American, and returning to her homeland isn’t going to change that. The Zhens are also in for a surprise – Wei’s brother Qiang has just been in touch after disappearing years ago, and you know he has some unfinished business. The story is from the alternating perspectives of Wei, Lina, and their maid Sunny, who despite their apparent class chasms, isn’t really that different from them at all. I really enjoyed this – the story is quiet but filled with gentle humor and the characters engaging, even when they are maddening.

Set in modern Shanghai, a debut by a Chinese-American writer about a prodigal son whose unexpected return forces his newly wealthy family to confront painful secrets and unfulfilled promises. After years of chasing the American dream, the Zhen family has moved back to China. Settling into a luxurious serviced apartment in Shanghai, Wei, Lina and their daughter, Karen, join an elite community of Chinese-born, Western-educated professionals who have returned to a radically transformed city. One morning, in the eighth tower of Lanson Suites, Lina discovers that a childhood keepsake, an ivory bracelet, has gone missing.The incident contributes to a wave of unease that has begun to settle throughout the Zhen household. Wei, a marketing strategist, bows under the guilt of not having engaged in nobler work. Meanwhile, Lina, lonely in her new life of leisure, assumes the modern moniker tai tai-a housewife who does no housework at all. She spends her days haunted by the circumstances surrounding her arranged marriage to Wei and her lingering feelings for his brother, Qiang. Lina and Wei take pains to hide their anxieties, but their housekeeper, Sunny, a hardworking woman with secrets of her own, bears witness to their struggles. When Qiang reappears in Shanghai after decades on the run with a local gang, the family must finally come to terms with the past.From a silk-producing village in rural China, up the corporate ladder in suburban America, and back again to the post-Maoist nouveau riche of modern Shanghai, What We Were Promised explores the question of what we owe to our country, our families and ourselves.