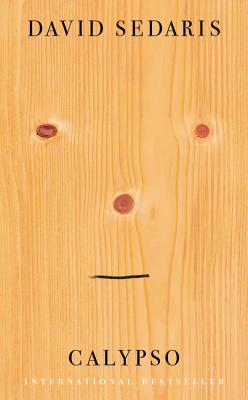 After a detour into Sedaris’s old diary entries in Theft by Finding, this follow up to Let’s Explore Diabetes with Owls finds the author contemplating middle-aged life as a part-time lecture tour headliner with a side-gig picking up trash in the English countryside. Ghosts haunt this collection – not just his sister Tiffany, who committed suicide in 2013, but his mother, who passed back in 1991. Several of the pieces take place at the Sea Section, a vacation home Sedaris bought for his extended family, but he’s also not afraid to tackle clothes shopping in Japan or ways to curse people who cut you off in other languages. Some of the essays drag, but the best demand loud guffaws. And how can you not fall in love with Carol the Fox, likely the hero of a future picture book?

Sedaris has a unique style, very bold and still unassuming and natural. He plainly talks about the most harrowing and awkward aspects of life as if they were absurd curiosities. He can write about the endless contradictions in his family and give me a group hug feeling - thank you for being at least as weird as us! He writes about insults from a judgmental world with a sly but biting sense of humor that often brings a growing smile rather than a lol guffaw. And his odd but beautiful attempts at relationships with wild animals are fascinating. A fox named Carol befriends him, and he fed WHAT to a snapping turtle with a giant tumor on its head!? Last year he was at Boswell for a 7:00 event and showed up by 4:30 to start signing books and having long conversations with the very first fans who arrived.  How can you not love this guy?

David Sedaris returns with his most deeply personal and darkly hilarious book.

If you've ever laughed your way through David Sedaris' cheerfully misanthropic stories, you might think you know what you're getting with Calypso. You'd be wrong.

When he buys a beach house on the Carolina coast, Sedaris envisions long, relaxing vacations spent playing board games and lounging in the sun with those he loves most. And life at the Sea Section, as he names the vacation home, is exactly as idyllic as he imagined, except for one tiny, vexing realization: it's impossible to take a vacation from yourself.

With Calypso, Sedaris sets his formidable powers of observation toward middle age and mortality. Make no mistake: these stories are very, very funny-it's a book that can make you laugh 'til you snort, the way only family can. Sedaris' powers of observation have never been sharper, and his ability to shock readers into laughter unparalleled. But much of the comedy here is born out of that vertiginous moment when your own body betrays you and you realize that the story of your life is made up of more past than future.

This is beach reading for people who detest beaches, required reading for those who loathe small talk and love a good tumor joke. Calypso is simultaneously Sedaris' darkest and warmest book yet-and it just might be his very best.