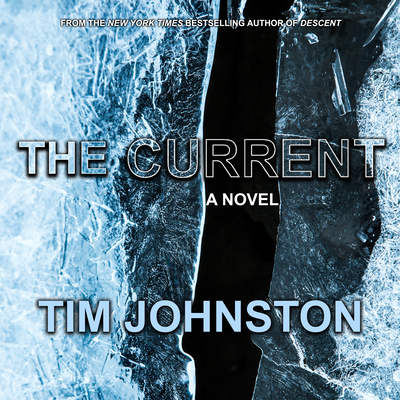 Tim Johnston is an excellent writer. The Current is a fine novel of suspense and an intricate study of how people react to tragedy and loss. Audrey and Caroline become close college friends after first trying and failing to be roommates. When Audrey finds out that her father's cancer is beyond treatment, Caroline decides to drive her back to her Minnesota home, and the two are caught in a frightening situation that reopens a ten-year-old crime. The past and present events happen in the same river across two states, and the story has the feel of a strong current. Johnston's descriptions of places in and around the river, where lives suddenly change forever, have a gravity like the flowing water, and he captures the survivors' struggle over what they can never get back as time pushes them away from what they had. His use of places and things to reveal characters' emotions is masterful, and his characters' direct, honest dialog about the most difficult problems is compelling. With very few words Johnston quickly shows us the thoughts and actions of people who seem real.

If we’re comparing books to television, and why shouldn’t we be, then Johnston’s second novel is clearly the critical darling mini-series from your premium subscription-package channel kind of TV. You know the shows I’m talking about. If really good cozies are Masterpiece Theater, and maybe the not-so-good ones are Lifetime movies, and the middling psychological thrillers are the ones that get made into, well, middling psychological thriller series that drag on for three to seven seasons on channels that bored people sort of half watch while they’re ironing, then The Current is that show that’s filling up your Twitter feed, the one all the cool people won’t shut up about with the arty opening credit sequence. So what’s it about, right? Well, yeah, it is another book about dead girls, and if that’s a story that you’re understandably tired of, then this book won’t convince you otherwise. But, to Johnston’s credit, it’s also about the strength and humanity of those girls and women, and the book does confront men who do bad things and deals honestly with good men and how they respond to bad actions, what they do and what they leave undone. The story twists and weaves through these people’s lives before, during, and after a crime is committed.  There are several times in the novel where all questions seem answered, where Johnston could have wrapped up the story all nice and neat, but that’s not the writer he is – he keeps pushing, deeper and deeper, in this masterful performance that plumbs the depths of life’s extremes.

“Tim Johnston’s brand of storytelling is a curious hybrid of conventional crime fiction and observation of human nature that demands attention. In The Current, Johnston goes beyond the sensational and asks relevant questions when tragedy strikes, addressing real topics that come with the loss of a loved one and the questions that follow a horrific crime. As with Johnston’s previous novel, Descent, his latest concludes with a wallop you will not see coming.”
— Javier Ramirez, The Book Table, Oak Park, IL

“Atmospheric in every way, from the frigid weather to the tension to the memories and sensations of being underwater. The Black Root River that runs near a small Minnesota town has taken the lives of several girls, and it might as well have taken the life of the man accused of causing one of the deaths. The way a crack in the ice can lead to drowning, secrets spoken out loud can change everything.”
— Eileen McGervey, One More Page Books, Arlington, VA

In the dead of winter, outside a small Minnesota town, state troopers pull two young women and their car from the icy Black Root River. One is found downriver, drowned, while the other is found at the scene-half frozen but alive. What happened was no accident, and news of the crime awakens the community's memories of another young woman who lost her life in the same river ten years earlier, and whose killer may still live among them. Determined to find answers, the surviving young woman soon realizes that she's connected to the earlier unsolved case by more than just a river, and the deeper she plunges into her own investigation, the closer she comes to dangerous truths, and to the violence that simmers just below the surface of her hometown. Grief, suspicion, the innocent and the guilty-all stir to life in this cold northern town where a young woman can come home, but still not be safe. Brilliantly plotted and unrelentingly propulsive, The Current is a beautifully realized story about the fragility of life, the power of the past, and the need, always, to fight back.