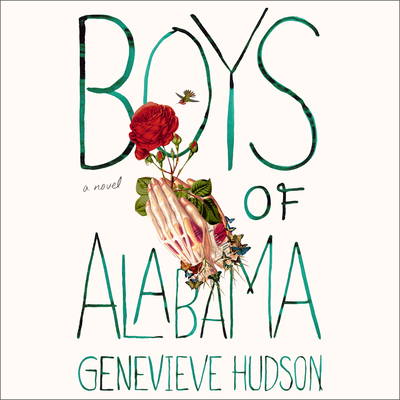 Dark, humid, sweet, dirt, football, religion, death, sex, magic - all words that describe Alabama and this book. It’s something like a fable, making the familiar of the deep American South foreign through eyes of a German family in order to question the place’s most deep-rooted beliefs - faith and what’s forbidden. These characters, the foreign boy, his teammates, the Judge, and the witch, are mesmerizing, as is Hudson’s writing; you will be hypnotized.

In this bewitching debut novel, a sensitive teen, newly arrived in Alabama, falls in love, questions his faith, and navigates a strange power. While his German parents don't know what to make of a South pining for the past, shy Max thrives in the thick heat. Taken in by the football team, he learns how to catch a spiraling ball, how to point a gun, and how to hide his innermost secrets. Max already expects some of the raucous behavior of his new, American friends-like their insatiable hunger for the fried and cheesy, and their locker room talk about girls. But he doesn't expect the comradery-or how quickly he would be welcomed into their world of basement beer drinking. In his new canvas pants and thickening muscles, Max feels like he's "playing dress-up." That is until he meets Pan, the school "witch," in Physics class: "Pan in his all black. Pan with his goth choker and the gel that made his hair go straight up." Suddenly, Max feels seen, and the pair embarks on a consuming relationship: Max tells Pan about his supernatural powers, and Pan tells Max about the snake poison initiations of the local church. The boys, however, aren't sure whose past is darker, and what is more frightening-their true selves, or staying true in Alabama.