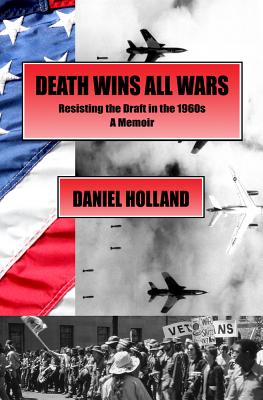 While Daniel Holland’s memoir details his involvement in the draft resistance movement of the 1960s, the impetus to share his story now comes from the dangerous new president and congress that have taken control of the United States and threaten to plunge our nation into war. People of age to fight in today's conflicts were not yet born when the lessons of Vietnam were being learned, so this book may serve as a guide to the decisions they face in this contemporary, volatile world. Holland alternates chapters about the breaking news of the time with personal memories and reflections on his own coming of age, portraying a growing consciousness and an evolution of youthful naivete into committed antiwar activism. Then his focus turns to the legal adventures that follow: indictment, arrest, arraignment, defending himself at trial, and sentencing. Holland also shares episodes of draft board raids, secret rooms, and the day-to-day responsibilities of a full-time activist. He follows a surprise ending with a thoughtful afterword contemplating our personal responsibilities for peace.