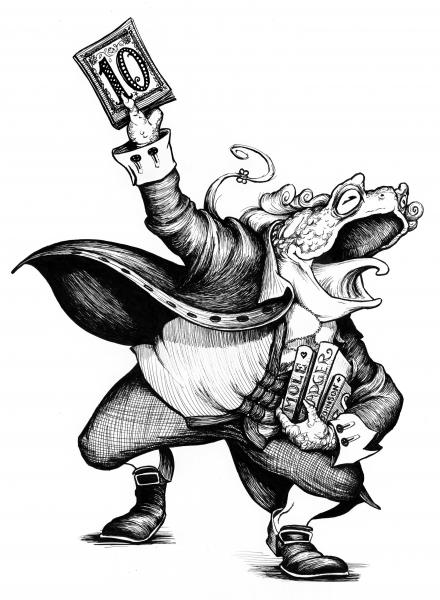 We bet you want to know where we are and how to get a hold of us. Our address is 2559 N Downer Ave, on the same block as the Downer Theatre, up the bluff from Lincoln Memorial Drive. We're north of Ascension Columbia St. Mary's Hospital and south of UWM. We're about three miles northeast of downtown Milwaukee, located on the MCTS Gold Line.

Our phone is (414) 332-1181. If you like old phone trivia, 332 is the old EDgewood exchange. Our general email is info@boswellbooks.com. This is for special orders, upcoming event info, or other questions you may have.

We're open 10 am to 9 pm from Monday through Saturday, and 10 am to 6 pm on Sunday. We're closed on Thanksgiving and Christmas, and have limited hours on several other holidays. In addition, we sometimes close early for ticketed in-store events.

Our site search engine is not as good as some of our well-financed online competitors, but it will do. One of the nice things we like to point out is that you can check inventory and even the subsection of the book, but be aware, the number does not take into account customer holds, receiving errors, and general misshelving. As we like to say, we just need one person to put a book back in the wrong place for it to be lost forever, or at least until we do our next section check. Our system allows you to put a book on hold without first registering an account. Try it!

Mark Greaney, author of One Minute Out: Gray Man V9, in conversation with Nick Petrie
Monday, February 24, 7 pm, at Boswell

Is it ever the wrong time to do the right thing? While on a mission to Croatia, Gray Man Court Gentry uncovers a human trafficking operation with a trail that leads from the Balkans all the way to Hollywood. Gentry is determined to shut it down, but his CIA handlers have other plans, and the criminal ringleader has intelligence about a potentially devastating terrorist attack on the US. The CIA won’t move until they have that intel. It’s a moral balancing act with Gentry at the pivot point.

Greaney’s Gray Man series has earned starred reviews from Kirkus and Publishers Weekly, which says, “Outstanding… Fans will close the book happily fulfilled and eagerly awaiting his next adventure.” And Steve Berry, bestselling author of the Cotton Malone novels, says, “Mark Greaney reigns as one of the recognized masters of action and adventure.”

Mark Greaney is author of nine Gray Man novels, including Mission Control, Agent in Place, and Gunmetal Gray, and coauthor of Red Metal with Lt Col Rip Rawlings. Greaney coauthored three novels with Tom Clancy before Clancy’s death, and has since written five Jack Ryan books. Nick Petrie is author of the Peter Ash novels, including The Drifter, which won the ITW Thriller and Barry Awards and was nominated for an Edgar. His latest is The Wild One.

The Lynden Sculpture Garden’s Women’s Speaker Series, produced by Milwaukee Reads and cosponsored by Boswell Book Company, presents the bestselling author of The Good Girl, Pretty Baby, and Don’t You Cry. Mary Kubica will chat about her twisty new psychological thriller in which a young couple moves from bustling Chicago to small-town Maine.

Tickets cost $31, $26 for Lynden members, and include a copy of The Other Mrs., light refreshments, and admission to the sculpture garden - come early to stroll the grounds. Register at lyndensculpturegarden.org/MaryKubica or by phone at (414) 446-879.

Sadie and Will have just moved their family from bustling Chicago to small-town Maine when the murder of their neighbor rocks their tiny coastal island. No one is more shaken than Sadie, who is terrified by the thought of a killer in her very own backyard. As the eyes of suspicion turn toward the new family in town, Sadie is drawn deeper into the mystery, but the more she uncovers, the more she has to lose if the truth ever comes to light.

Mary Kubica is the New York Times and international bestselling author of several psychological thrillers. She holds a Bachelor of Arts in History and American Literature from Miami University of Ohio.

Southward, a member of the UWM Honors Faculty and winner of the Lorine Niedecker Prize from the Council for Wisconsin Writers, reads from and chats about his new collection of poems.

Marilyn L Taylor, former Wisconsin Poet Laureate, says, “Southward's Bachelor's Buttons offers new insights and sensations that stimulate the mind while simultaneously sharpening one's sensory perceptions. The poet's skillfully crafted and often witty verse on human subjects as disparate as Walt Whitman, Teena Marie, and the Earl of Sandwich, along with vistas as unique as the shoreline at Sanibel or the muddy banks of the Milwaukee River, plus a handful of love sonnets, ekphrastics, and considerable metrical whimsy, all combine to make this collection a uniquely memorable read.”

David Southward is author of the poetry collection Apocrypha, and his poems have appeared in Millwork, Gyroscope Review, and several more literary journals. He was awarded the Lorine Niedecker Prize from the Council for Wisconsin Writers and the Muse Prize from the Wisconsin Fellowship of Poets. He teaches literature, film, and comics in the Honors College at UWM.

Blending the high-stakes mystery of Shadow of the Wind, the science fiction echoes of Exit West, and the lyrical signatures of Bolaño and Marquez, Zapata shines a breathtaking light on the experiences of displacement that define our nation. The Lost Book of Adana Moreau tells the story of a Latin American sci-fi writer living in exile from her home country and the lives her lost manuscript unites decades later in post-Katrina New Orleans.

Laura van den Berg, author of The Third Hotel calls Zapata’s debut “a stunner - equal parts epic and intimate, thrilling and elegiac. As the novel bounds effortlessly through time, a powerful ode to the mysteries that echo across generations, the wonder of artistic creation, and the profound unknowability of what exactly constitutes ‘reality’ emerges. Michael Zapata’s inventive, twisty plot will keep you reading through the night, and his indelible characters will make a home in your heart.”

Michael Zapata is a graduate of the University of Iowa, a founding editor of MAKE: A Literary Magazine, and a recipient of an Illinois Arts Council Award for Fiction. As an educator, he taught literature and writing in high schools servicing dropout students.

Rader’s novel is a poignant, panoramic family drama that travels from Sister Bay, Wisconsin to Cape Cod and Rome through the intertwined stories of Father Paul, a closeted gay Catholic priest who’s dying of cancer, his sister Britta, still mourning her husband’s death, and his niece Maura, who is torn between her own husband and family and a new man.

The Wanting Life is reminiscent of novels like Marilynne Robinson’s Home, Alice McDermott’s Charming Billy, and Julian Barnes’s The Sense of an Ending, and Publishers Weekly says, “Fans of The Great Believers will appreciate this story of heartfelt empathy.” Booklist also offers this starred review: “With indelible images, exquisite emotional nuance, and genuine wisdom, Rader explores faith, regret, shame, fear, and, most of all, love.” Finally, Boswellian Chris Lee says, "Rader's writing is immersive. He's a writer's writer, with an eye for pinpointing the overlooked details that draw you into each scene. The Wanting Life explores the complexities of the guilt that accompanies happiness and the regret that accompanies duty in this lovely novel about the choices people make through their years and the unlived lives they leave behind."

Mark Rader’s stories have appeared in Glimmer Train, Epoch, The Southern Review, and he was shortlisted for an O Henry Award, the Best American Non-Required Reading anthology, and a Pushcart Prize. He has an MFA in Creative Writing from Cornell University.

Boswell Book Company, Bartolotta Restaurants, and the Italian Community Center are pleased to host the author of Venetian mysteries for a visit with her haunting new novel in which a woman's cryptic dying words lead Commissario Guido Brunetti to uncover a threat to the entire region. Tickets cost $35 and includes admission, all taxes and fees, a copy of Trace Elements, and light appetizers adapted from Brunetti's Cookbook. A cash bar will also be available. Tickets at donnaleonmke.bpt.me.

When Dottoressa Donato calls the Questura to report that a dying patient at the hospice Fatebenefratelli wants to speak to the police, Commissario Guido Brunetti and his colleague, Claudia Griffoni, waste no time in responding. As she has done so often through her memorable characters and storytelling skill, Donna Leon once again engages our sensibilities as to the differences between guilt and responsibility.

From Booklist’s starred review: “A meditative novel that looks at the water crisis in Venice - not flooding this time, but pollution - set against the eternal problem of justice… In an age where so many seek simplistic and wrongheaded answers to complex questions, it is comforting that Leon, in human complexity, remains one of our most beloved writers.” And of Leon’s series, the Washington Post adds, “Few detective writers create so vivid, inclusive, and convincing a narrative as Donna Leon… One of the most exquisite and subtle detective series ever.”

Donna Leon is the author of the highly acclaimed, internationally bestselling Commissario Guido Brunetti mystery series. The winner of the CWA Macallan Silver Dagger for Fiction, among other awards, Donna Leon has lived in Venice for many years.

For more information about events and a complete listing, visit our Upcoming Events Page!

This feature require that you enable JavaScript in your browser.
END_OF_DOCUMENT_TOKEN_TO_BE_REPLACED

This feature require that you enable JavaScript in your browser.
END_OF_DOCUMENT_TOKEN_TO_BE_REPLACED

This feature require that you enable JavaScript in your browser.
END_OF_DOCUMENT_TOKEN_TO_BE_REPLACED